The decision to recommend adding sweeteners to the diet has been a controversial one, to say the least. Sweeteners are thought by many to be a powerful tool to replace sugar in the diet, although many people do not advocate their use due to their potential metabolic effects, especially increased risk of insulin resistance.

A new study published in The Journal of Nutrition may be able to shed some light on the issue. Conducted at The Centre Hospitalo-Universitaire (CHU) de Rennes, France, researchers looked into the effects that the sweeteners aspartame and acesulfame K have on both insulin sensitivity and insulin secretion in nondiabetic adults.

The 24-week study was carried out on 50 people with no known health issues. This included men and women of varying body weight, some of whom were classed as overweight and others at a healthy weight. The participants were each assigned into one of two groups. One group would consume a carbonated beverage containing 129mg of aspartame and 13mg of acesulfame K twice a day for a 12-week period, whilst the control group would be consuming an unsweetened carbonated water beverage.

At the end of the 12-week study, both groups underwent an oral glucose tolerance test (OGTT) in which fasting blood glucose was measured, 75g of sugar was consumed and subsequent blood glucose measurements took place. This allowed researchers to assess participants’ ability to metabolise glucose and measure insulin sensitivity, using a formula known as the Matsuda insulin sensitivity index.

In addition to this, blood lipid profiles were assessed, dietary habits and physical activity questionnaires were take, and weight/waist measurements were assessed.

After which, a four-week washout period then occurred, in which the participants didn’t consume any beverages containing high-intensity sweeteners. The experimental and control groups were then switched and the protocol was repeated.

No anthropometric changes (changes in body shape) occurred throughout the study, with BMI, weight and waist measurements remaining the same.

These findings could be of particular interest to those with type 2 diabetes because using sweeteners can be a very practical and effective way to replace sugar. Thus, this decreases the likelihood of blood glucose levels spiking.

For years after their inception in 1879 by Remsen and Fahlberg, sweeteners were valued by people with obesity and similar health conditions for their ability to replace sugar.  However, this excitement didn’t last. During the mid 1900’s, various studies surfaced with a more savoury tone. There were various health risks associated with the consumption of sweeteners: claims that they caused cancer, affected glucose metabolism and even increased caloric intake were rife.

Are sweeteners detrimental to health?

Are sweeteners bad? As helpful as a clear yes or no answer would be, the evidence at this point is inconclusive. Much of the fear surrounding sweeteners is a direct result of studies conducted in the 70’s on rodents. These studies found that high doses of saccharin given to rats resulted in the formation of cancer in the bladder.

These rat studies have since been debunked and the substance delisted from the US Toxicology Programs list of carcinogens. This is because the mechanism causing the cancer in rats is not present in humans. Various epidemiological studies have also failed to find any link between saccharin and bladder cancer.

This is in line with research done on aspartame. A study performed by The National Toxicology program also found that aspartame didn’t cause cancer in mice.

Other than cancer, sweeteners have been criticised for their effect on those with type 2 diabetes. One study conducted on 17 obese participants which completely contradicts that of the new study found that consuming another sweetener, sucralose, 10 minutes before a glucose load significantly increased blood glucose concentration.

Sweeteners have also been suggested to alter the delicate balance of bacteria in the intestines of mice, resulting in glucose intolerance.

There are a multitude of contradictory studies all pointing to one truth which is that, as it stands, we don’t know if sweeteners are bad for your health.

Of course, it is universally understood that consuming excess sugar is bad, so if sweeteners are your way around this hazard, many believe it to be the lesser of the two evils.

The Low Carb Program looks to stay away from sweeteners as they can make it harder to adjust to the more subtly sweet taste of other foods. Simple actions like swapping fizzy drinks for carbonated water with slices of lemon or the berries of your choice can go from tasting bland and boring to sweet and flavoursome once you’ve cut out sweeteners.

Our ethos is to err on the side of caution. Try not to consume too much sugar or sweeteners. Moderation is key.

How eHealth is transforming diabetes care

An interview with George Rodgers: Meet the man providing support and solace for people with HIV and diabetes 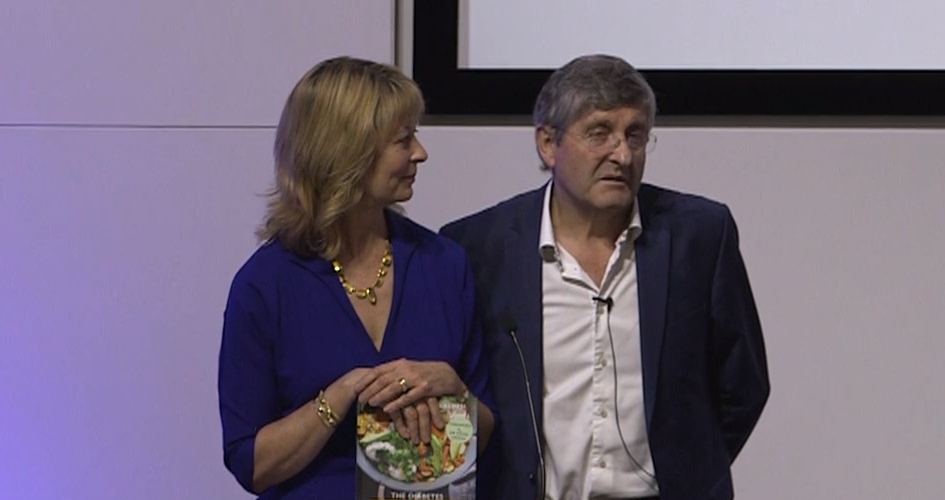