An insulin pump is a machine which enables insulin to be delivered either automatically, or in response to instructions given by the pump wearer.

It drip feeds insulin into the body through the day and can also deliver larger doses of insulin whenever needed, such as before meals.

Insulin pumps can also be programmed to deliver specific doses at set times.

Diagram of a tethered insulin pump

An example of a typical ‘tethered insulin pump’ (insulin pumps connected to the body via tubing).

You will notice the following:

Note: The tubing, cannula and the adhesive patch are referred to as the infusion set

Patch pumps work in a similar way to tethered insulin pumps but whereas tethered pumps are attached to the body via a tube, patch pumps attach directly to the surface of the skin with adhesive.

The other main difference with patch pumps is that the buttons, display and circuit board tend to be situated on a separate remote device that sends information to the pump wirelessly.

Traditionally, pumps have not taken blood glucose readings but it is now possible to get pumps that have sensors which measure sugar levels.

It should be noted that these sensors actually measure the level of sugar in interstitial fluid, a fluid which acts as a reservoir of nutrients, including glucose.

Some people may also wear a continuous glucose monitor in addition to an insulin pump.

Are insulin pumps a form of artificial pancreas?

An artificial pancreas, also known as a closed loop insulin pump, is where an insulin pump works in conjunction with a continuous glucose monitor to automatically deliver the right amount of insulin without requiring instructions from the wearer.

To date, the insulin pumps that are commercially available do not function as an artificial pancreas However, a number of research trials have been carried out to assess the safety and effectiveness of a closed loop insulin pump and the technology may become available to people with diabetes at a future date.

How an insulin pump works

To use the pump, the insulin cartridge is filled with fast-acting insulin and fitted inside the pump.

The needle or cannula is inserted under the skin and held in place with an adhesive patch, which fixes to the surrounding skin. The other end of the tube is connected to the pump which then delivers insulin through this infusion set according to its programming. The pump does not measure blood glucose levels, nor does it and produce insulin automatically.

You will still have to do blood tests and you set your own programmes in the pump yourself but insulin pump therapy is the most natural form of insulin treatment available today. 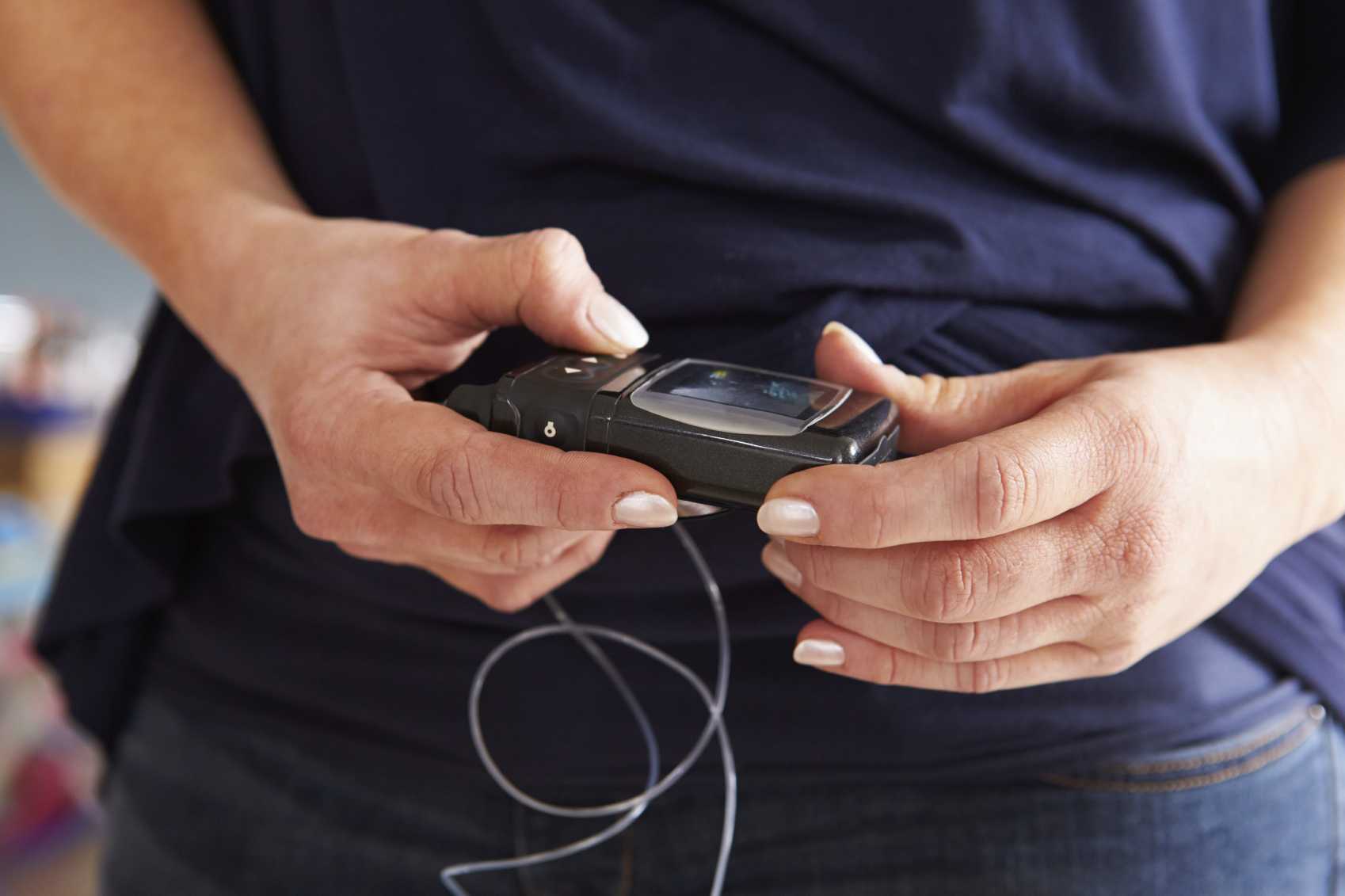