Depending on the type of treatment regimen you use to control your diabetes, there are some vitamins and minerals that may be beneficial for your condition.

Before adding any vitamins or adding dietary supplements to your daily diet, discuss these changes with your healthcare team and doctor to ensure they are safe alongside any prescribed medication you’re on.

ALA (alpha-lipoic acid) is a versatile and potent antioxidant, and may function to help diabetic neuropathy and reduce pain from free-radical damage.

Also, some studies link ALA to decreased insulin resistance and thus the control of blood sugar.

GLA (gamma-lipoic acid) is another naturally occurring antioxidant that is present in evening primrose oil, borage oil and blackcurrant seed oil. GLA may improve the function of nerves damaged by diabetic neuropathy.

Biotin works in synergy with insulin in the body, and independently increases the activity of the enzyme glucokinase.

Glucokinase is responsible for the first step of glucose utilisatio, and is therefore an essential component of normal bodily functioning.

Glucokinase occurs only in the liver, and in sufferers from diabetes its concentration may be extremely low. Supplements of biotin may have a significant effect on glucose levels for both type 1 and type 2 diabetics

Carnitine is required by the body in order to correctly use body fat in the production of energy. It is naturally occurring and derives from hydrophilic amino acids. Diabetics who try carnitine generally respond well, and high levels of fat in the bloodstream (cholesterol and triglycerides) may fall fast.

Carnitine helps to break down fatty acids in the body and binds acyl residues. For these reasons, it may be useful to prevent diabetic ketoacidosis

Vitamins and supplements can be taken to help you get the right balance of nutrients. It’s best to check with your doctor before supplementing your diet of your own accord.

Your doctor will be able to advise whether a supplement is needed and, if so, which dosage should be taken.

Alpha lipoic acid is an antioxidant that helps turn glucose into energy for the cell. Taking alpha lipoic acid as a supplement may help to improve insulin sensitivity and is believed to be helpful in preventing neuropathy.

A number of research studies have found links between low Vitamin D levels and both type 1 and type 2 diabetes. Vitamin d could help improve insulin production and its effectiveness.

People with low levels of Vitamin D may be advised by their doctor to supplement their diet with Vitamin D.

Low magnesium levels in people with type 2 diabetes is relatively common. When blood glucose levels are high, magnesium gets excreted by the body in the urine.

Magnesium helps with the metabolism of carbohydrate and so supplementing a deficiency of magnesium can help to improve insulin’s effectiveness.

Similar to magnesium, zinc is excreted in the urine when sugar levels are high. As a result, people with diabetes may have lower levels of zinc than people without diabetes.

Zinc helps with the production and secretion of insulin and if deficient in zinc, your doctor may advise supplementing with zinc.

Vitamin B12 helps to maintain health of the brain, nervous system and the blood. Vitamin B12 deficiencies have been found in studies to be higher amongst people who take Metformin. Good sources of vitamin B12 from dietry sources include meat, fish, eggs and dairy products.

Chromium is a crucial nutrient in the body’s fight against diabetes. By using either brewer’s yeast stocked with chromium, or chromium chloride, diabetic patients may be able to improve glucose tolerance, lower their fasting glucose levels, decrease insulin levels and cut cholesterol and triglyceride levels, whilst increasing HDL-cholesterol levels

Several principal double-blind studies have shown that supplemental chromium may raise glucose tolerance in patients with both type 1 and type 2 diabetes.

Exercise also increases the concentration of tissue chromium. Chromium may have a role to play in pre-diabetics and women suffering from gestational diabetes.

Coenzyme Q10 is a compound that occurs naturally in the body, and may be able to help with carbohydrate metabolism. It is has been proven that animals suffering from diabetes are coenzyme Q10 deficient.

Clinical trials using coenzyme Q10 suggest that supplementation may significantly lower blood sugar levels. Coenzyme Q10 also oxygenates the blood, and therefore may be able to help in some cases of diabetic retinopathy

Inositol is an important part of several key bodily processes including the health of cell membranes and blood cholesterol levels. Furthermore, inositol may have a role to play in reversing the effects of diabetic neuropathy (nervous damage) caused by diabetes.

A deficiency of manganese is common amongst diabetics, and in some circles it is thought to actually be a part of the cause of diabetes. Manganese could be a key co-factor in the way enzymes within the body handle glucose metabolism.

Magnesium tends to decline in people with diabetes, and may fall to dangerously low levels amongst those suffering from severe diabetic retinopathy.

Magnesium deficiency has been shown to directly influence the blood sugar control of type 2 diabetics.

When using supplemental magnesium, diabetics may be able to lower their insulin dosage.

Niacin can be for people with high cholesterol and may be used in combination with circulation treatments.

High levels of niacin may actually impair glucose tolerance and therefore some people with diabetes may be advised not to take it. Speak with your doctor if you are in doubt.

Administering insulin to the body, the treatment regime employed by many diabetics, may cause a potassium deficiency. By supplementing a healthy diet with potassium, sufferers from diabetes may improve their sensitivity to insulin, and the effectiveness of the hormone.

Taurine is not used in protein synthesis, but is generally found in protein-rich foods.

Type 1 diabetics often suffer from low taurine levels, and this can in turn affect the thickness of the blood and increase the risk of heart disease. Supplementary taurine for diabetic patients may be able to correct levels of blood viscosity.

Vanadium supplements may lead to a slight increase in sensitivity to insulin, and may therefore allow diabetic patients to decrease the amount of insulin that they need to keep their blood sugar levels under control. Studies on both animals and humans have proved links between vanadium levels and normal blood glucose.

Neuropathy, the severe damage caused to the nervous system by high blood sugar levels, may be associated with deficiency of vitamin B6, also known as pyridoxine.

Vitamin B6 also has a strong role to play in the prevention of diabetes-related complications.

Vitamin B12 may have a strong role to play when treating diabetic neuropathy.

The presence of vitamin b 12 is necessary for the correct functioning of nerve cells, and therefore taking it as a supplement may help to reduce nerve damage.

In extreme cases, the extra effect of intramuscular B12 may be necessary.

Type 1 diabetics generally have low vitamin C levels. By increasing the amount of vitamin c in the bloodstream, the amount of sorbitol may be lowered.

Sorbitol is a harmful sugar when it accumulates, and its presence may lead to increased risk of diabetic complications such as retinopathy, neuropathy and kidney damage. In the case of type 2 diabetics, vitamin c may play a role in improving glucose tolerance.

Vitamin D has a number of benefits for your health. Produced by the body in response to sun exposure, it is thought to help boost insulin sensitivity, which is vital for blood glucose regulation.

Vitamin E can oxygenate the blood, fight toxins and improve the activity of insulin within the body. When the body has an insufficient amount of vitamin E, internal structures can be damaged by enhanced free-radical damage.

Increasing vitamin E in the bloodstream may decrease the likelihood of developing type 2 diabetes, and in type 2 diabetics may improve glucose tolerance. Furthermore, the antioxidant nature of vitamin E may reduce the risk of diabetic complications.

Zinc itself may be a crucial element in insulin metabolism. Zinc is well-known as a powerful guardian against viral infections, and may also act to protect beta cells from destruction. Type 1 diabetics are often zinc deficient, and supplements have been shown to lower blood sugar levels in some type 1 cases. 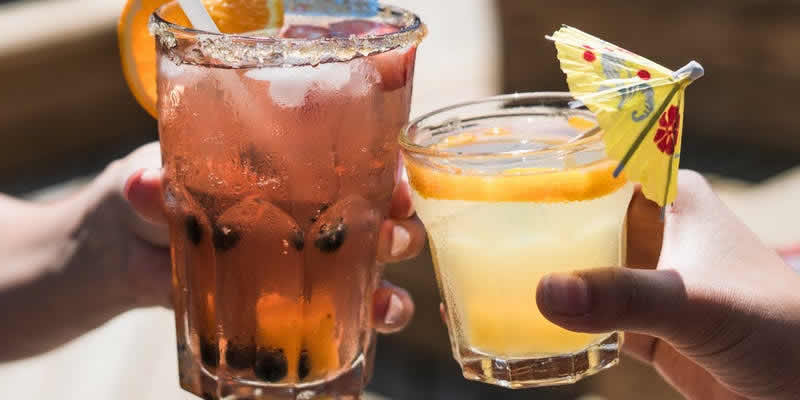 Link between BMI and diabetes risk varies across the world