One out of every four UK adults has hypertension (high blood pressure). If you’re among them, one of the first recommendations your doctor probably gave you was to cut back on salt. Yet, many experts now argue that we have been focusing on the wrong white crystals, namely salt instead of sugar.

While salt reduction might provide modest benefit to some people with high blood pressure, it does not extend to the rest of the population, and research now increasingly suggest that sugar in the diet may be more strongly related to high blood pressure than salt.

Hypertension is one feature of the metabolic syndrome and a strong risk factor for cardiovascular disease, a common long-term complication of type 2 diabetes.

When it comes to heart disease risk reduction in diabetes, greater attention is often placed on lowering HbA1c levels, in order to confer protection against conditions like myocardial infarctions.

Achieving good blood pressure control may be just as important to improve the vascular system and reduce complications. Damage to nerves and blood vessels can arise from chronically elevated blood sugars, yes, but heart conditions develop much more quickly if blood pressure is constantly high.

This is because tissues in the heart are more vulnerable to increases in blood pressure than other tissues, which are protected by more robust upstream vascular networks.

Sustained increases in blood pressure and constrictions puts extra strain on the inside of arteries and can result in the thickening of the artery’s inner lining, which raises blood pressure even more and increases the risk of heart attack.

It is especially important to keep blood pressure under control as we age, as increasing age is accompanied by a natural stiffening of arteries from structural changes and is marked by vessels progressively losing their elasticity.

Earlier research emphasised the role of high intensity exercise to lower blood pressure, and experts often suggest that people should change their diet too. But in what way?

The Link Between Glycemic Index and Blood Pressure

Yesterday, we reported on findings suggesting that a low glycemic load (GL) diet followed for only a few weeks achieves measurable reductions in blood pressure.

Drawing from results of several randomised controlled trials, this particular study showed that a reduction in glycemic index (GI) by 10 units decreased both systolic blood pressure (SBP) and diastolic blood pressure (DPB) by 1.1 and 1.3 mmHg, respectively. A reduction in GL of 28 units also reduced overall SBP and DBP by 2.0 and 1.4 mmHg, respectively.

These are significant reductions in blood pressure, as earlier research suggests that for each 1 mmHg of blood pressure rise, there is a 1.2% increase in the risk of possible vascular problems.

These results alone tend to indicate that a lower-GL diet (lower amount of carbs coming into the system at once and fewer high-GI foods) may benefit high blood pressure.

It is likely because it reduces sugar, and this is not surprising as we know from previous studies that a low-carbohydrate diet, which generally is based upon lower GL content, is associated with decreases in blood pressure.

In contrast, a reviewin the journal Open Heart dated from 2014 argues that a high consumption of added sugars in the diet may be strongly and directly associated with high blood pressure. They write, for example, that:

“Evidence from epidemiological studies and experimental trials in animals and humans suggests that added sugars (…) may increase blood pressure and blood pressure variability.”

There is little doubt that a massive reduction in added sugar, fructose, and only modest consumption of fruit can help. But does this mean the rest of carbs get off the hook? Not, according the same experts:

“Thus, while there is no argument that recommendations to reduce consumption of processed foods are highly appropriate and advisable, the arguments in this review are that the benefits of such recommendations might have less to do with sodium—minimally related to blood pressure and perhaps even inversely related to cardiovascular risk—and more to do with highly-refined carbohydrates.”

A 2010 study also showed that consuming a diet high in fructose, which has a low glycemic index (GI), leads to an increase in blood pressure of about 7 mmHg/5 mmHg. This suggests that lowering total carbohydrate intake might be a better strategy than eating a ton of lower GI foods.

In order to effectively treat and recover from high blood pressure, it’s important to understand its underlying causes, which is often related to metabolic dysfunction in response to a high-carb and processed food diet:

It is thought that when the body produces too much insulin and leptin in response to a higher-carb diet, it causes blood pressure to increase. Hyperinsulinemia raises blood pressure, in part, by decreasing sodium and water excretion in the kidneys, and directly vasocontristing blood vessels.

Hyperinsulinemia may play a direct role in atherogenesis and, by extensio, atherosclerosis through the interaction of receptors on the blood vessel wall. Hyperinsulinemia is also known to alter lipid metabolism unfavourably, which promotes inflammation and oxidative stress.

As insulin levels rise, insulin resistance eventually develops. If insulin receptors are blunted and the cells grow resistant to insulin, magnesium can no longer be stored, so it passes out of the body through urination. When magnesium levels are too low, blood vessels are unable to fully relax, and this constriction raises blood pressure.

Fructose sugar, specifically, elevates uric acid, which drives up blood pressure by inhibiting the nitric oxide (NO) in blood vessels. NO is regarded as the most important vasodilator and helps blood vessels maintain their elasticity. NO suppression leads to increases in blood pressure.

Advanced glycation end products (AGEs) are the direct result of exposure to sugars. This is one of the major pathway involved in the development and progression of different diabetes-related complications. They are believed to play a role in vascular complications by triggering processes that cause vascular stiffening and the narrowing of blood vessels, contributing to atherosclerosis.

By eliminating excess sugar from the diet, and not salt, it may in theory be possible to address all four issues. In fact, a number of studies have refuted the salt-heart disease connection.

A 2011 meta-analysis of seven studies involving more than 6,000 people has, for example, found no strong evidence that cutting salt intake reduces the risk for heart attacks, strokes or death.

The only instance when salt can lead to hypertension is when there is an imbalance in the ratio between the salt and potassium in the diet, and the easiest way to achieve this imbalance is by consuming a diet of processed foods that are notoriously low in potassium while high in sodium.

In light of all this, controlling hypertension may suppose to shift focus away from salt and focus greater attention to the likely more consequential reduction in sugar.

Avoiding processed foods and other sources of non-vegetable carbs from the diet, due to their being high in sugar, should be the number one recommendation for someone who has high blood pressure. These can be replaced by sources of healthy fats.

This type of diet, similar to our Low Carb Program, will also naturally provide much larger amounts of potassium in relation to sodium, as previously discussed, and go a long way towards helping to control blood pressure levels.

How eHealth is transforming diabetes care 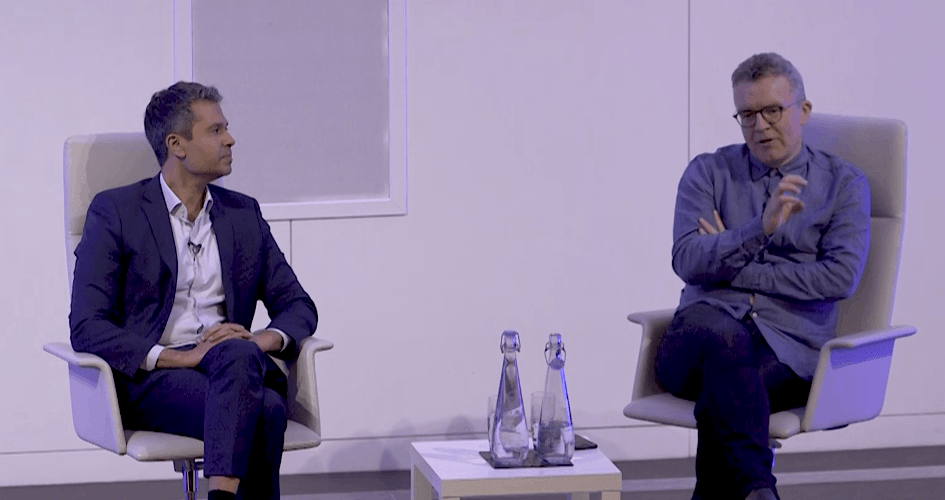 Dr Joanne McCormack: I show people how they can change