Back in September, we published a list of the highest- and lowest-carb fruits. The response was great, but many people were after a more comprehensive list. So here’s a list of common fruits, and how much carbohydrate they contain. Note that the carb content is per 100g, not per fruit, so we can compare them.

Sadly, it’s not as simple as avoiding the high numbers and eating the low numbers. It doesn’t work out like that. Even though 100g of cucumber contains significantly less carbohydrate than 100g of lemon, it’s easy to imagine eating more than 100g of cucumber (a quarter of a cucumber weighs about 90g. You could easily use twice this much in a salad). A kiwi fruit weighs about 50g, so you’d have to eat two to get the carb value of 100g.

So along with the sugar and carb content, we’ve included a rough guideline to how much of each fruit you should eat, and how often.

Cucumber is great for salads. Half a cucumber will contain roughly 6g of carbs, which contains high levels of vitamin C, vitamin K and potassium.

Tomatoes tend to weigh between 100g and 140g. They are linked to better blood pressure, a healthier heart, lower blood glucose levels and a reduced risk of certain kinds of cancer.

They’re low-carb, too, excellent for salads and soups. They can even be eaten whole, if you like the taste.

8g doesn’t sound like a lot, but 100g of watermelon isn’t very much – bearing in mind that the average watermelon weighs between 2kg and 5kg. That said, watermelon is full of vitamins A and K, which are very good for you.

A pot of watermelon, the kind you can get at supermarkets, weighs 130g. One of those pots will contain more than 10g of carbohydrate.

100g is about half a small avocado. Couple it with some strawberries in a bowl, add a bit of balsamic vinegar, and you have an excellent low-carb snack. We like avocado. It’s one of the best fruits for people with diabetes.

We recommend eating avocado on a regular basis. Because it’s such a versatile fruit, it can be a key part of a wide range of dishes.

Lemons are one of the lowest-carb fruits, and certainly one of the lowest in terms of sugar content. They’re good for skin care and improving insulin sensitivity. Of course, you’re unlikely to ever sit down and bite into a lemon, so we recommend using lemon to spice up glasses of water, and then drink that water instead of fizzy drinks.

Blackberries are actually fairly low in sugar and carbs, at 10g carbohydrate per 100g. Like other berries, blackberries are full of fibre, which slows the rise in blood glucose levels triggered by the sugar. Blackberries also boast lots of antioxidants and anthocyanins.

Anthocyanins are chemicals that, research shows, have a number of benefits for people with diabetes. These include increased insulin sensitivity, lower levels of “bad” cholesterol, higher levels of “good” cholesterol and lower fasting plasma glucose.

We recommend between 10 and 12 blackberries as a snack, or as part of a low-carb dessert.

Gooseberries are low-carb and good for you, but most people rarely eat them. Using gooseberries in an interesting way takes quite a bit of know-how. We mainly use gooseberries for cakes, sorbets and crumbles, but it can be easily replaced with other berries, such as blackberries (above).

Peaches contain vitamins A and C, plenty of fibre, and loads of potassium. A peach can be a great low-carb snack. It can also be used to flavour water, or added to a low-carb dessert.

Lower in sugar than lemons, but posing the same problems: nobody eats limes whole. Like lemons, we recommend adding them to water.

The average grapefruit weighs between 100 and 200g. If you were to eat a whole grapefruit in one sitting, you’d be taking in between 10 and 20g of carbohydrate. Full of vitamin A and C, fibre and potassium, grapefruit is a great snack.

Your average apricot contains around 4g of carbohydrate. Four apricots – which is considered “a serving” – contains more than 50 per cent of your daily vitamin A. They’re also full of fibre. You may be wondering how to fit apricots into your diet, but they are actually one of the more versatile fruits. You can add them to salads or low-carb desserts, to name just two.

A plum can make a lovely snack, and the fibre it contains will slow the rise in blood glucose levels. Just be careful not to eat too much. Plums can also be used to make a range of low-carb desserts.

100g of cranberry contains about 12g of carbohydrate, but it’s unlikely that you’d eat that much in one sitting. But although cranberries offer a lot of health benefits – they protect your heart, contain loads of fibre, are full of vitamin C, and plenty else – they have a very bitter taste when eaten raw. In most cases, cranberries are consumed as part of a sauce, which usually means they’re combined with added sugar.

Like cranberries, raspberries make for an excellent snack. A dozen or so contains around 2g of carbs. As well as being a tasty snack or low-carb dessert, raspberries can also be added to water for flavour. Also a great source of anthocyanins.

Small oranges weigh around 100g; large oranges weigh around 200g. That means a large orange contains 24g of carbohydrate. That said, oranges are convenient and good for snacking, and they can be an excellent option when you need to throw something healthy in with your lunch. Because of this, don’t feel the need to cut out oranges altogether. But do try and stick to just one small orange per day.

The benefits: lots of vitamin C, and lots of dietary fibre. Just note that oranges hit your blood sugar more quickly than most other fruits.

The average pineapple weighs around 900g. That means it contains more than 100g of carbohydrate. Not many people, however, would eat a whole pineapple in one sitting. Usually you would get pineapple slices in a pot, often with mango. These pots contain around 9.3g of carbohydrate. (It’s worth noting that pineapple tastes a lot nicer when it’s straight from the fruit.)

Otherwise, there are lots of pineapple recipes around. You can use it for everything from curry to kebabs.

Apples, like oranges, are very convenient. If you’re putting together a packed lunch for week, or just need a quick snack before you pop out, an apple is a great option.

Apples vary in terms of carbohydrate content. It’s therefore difficult to say for sure how much carbohydrate is in an “average” apple. One per day is a pretty good rule of thumb.

Another great source of anthocyanins. Like most berries, blueberries are versatile fruits. As well as being a nice, simple snack, there are all kinds of low-carb blueberry dessert recipes.

Kiwi contains more vitamin C than an equivalent weight of orange, but it’s slightly heavier in terms of carbohydrate. Kiwi’s unusual, interesting taste makes it a great addition to a fruit salad.

As noted in the introduction, kiwis are small. A whole version of the fruit will contain around 7.9g of carbohydrate, which is pretty manageable.

The average pear weighs around 165g. If 100g of pear contains 15g of carbohydrate, we can roughly estimate that a single pear contains between 22 and 25g of carbohydrate. That’s quite a lot, but it isn’t necessarily too much. It’s important to bear in mind that a pear, like an orange or an apple, is a very convenient fruit. With its high levels of vitamin C and magnesium, it’s not necessarily a bad idea to have a pear with your lunch.

An average mango weighs 200g. That means it contains around 15g of carbohydrate, almost all of which is sugar. However, most people don’t eat mangoes whole. They’re more commonly eaten in chunk form, in those little pots you get in supermarkets.

Those pots tend to contain more than 200g of mango, which means they’re likely to pack more than 30g of sugar. So, even though a single mango contains all of the vitamin C you need in a day, it’s best to limit your intake.

An average grape weighs around two grams, so you would need around 50 of them to take in 17g of carbohydrate. That’s quite a lot of grapes. A smaller handful – between 10 and 15 – can be a nice snack, or a welcome addition to a fruit salad. If you’re like me, you can go through a bunch of grapes in minutes without realising it. Beware the moreish temptation. Try cutting off the stalk so you’re not tempted to eat the whole bunch.

Banana ranks second-highest on our list of carb-heavy fruits. Per 100g, banana contains 23g of carbohydrate, and 100g is about the (peeled) weight of the average banana.

That doesn’t mean you should never eat banana, especially because it’s a great source of fibre, potassium and vitamin C. Just be careful with portion sizes. Have a few slices, rather than the whole thing.

Of all common fruits, dates have the highest carbohydrate content per 100g. Dates are fine if you know what you’re doing and you’re happy to have between two and three maximum. If you’re unsure, it’s not a bad idea to avoid dates altogether.

Do bear in mind that dates vary considerably in size. Medjoule dates are large, containing about 14g of carbohydrate per day. You’d only want one of these at a time.

If you’re interesting in learning more about limiting your sugar and carbohydrate intake, take a look at the Low Carb Program, our 10-week structured guide to the low-carb diet.

If you’ve found this information useful, please share it on social media. Your friends may find it useful too. 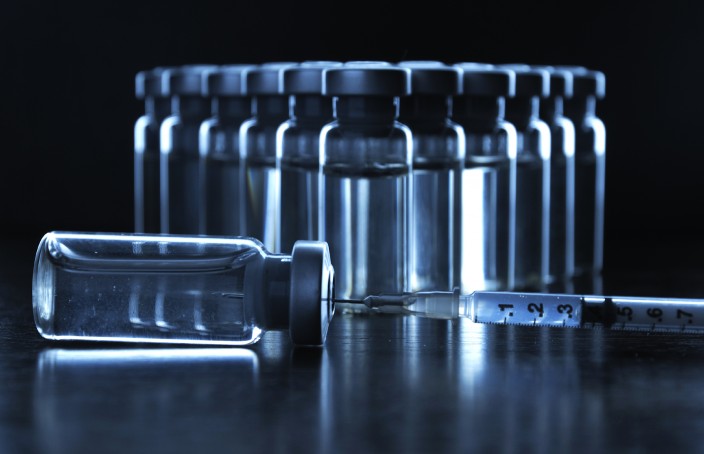 Mother refuses to give her type 1 daughter insulin, fears she will become “dependent” on it

Some people with LADA are achieving amazing control 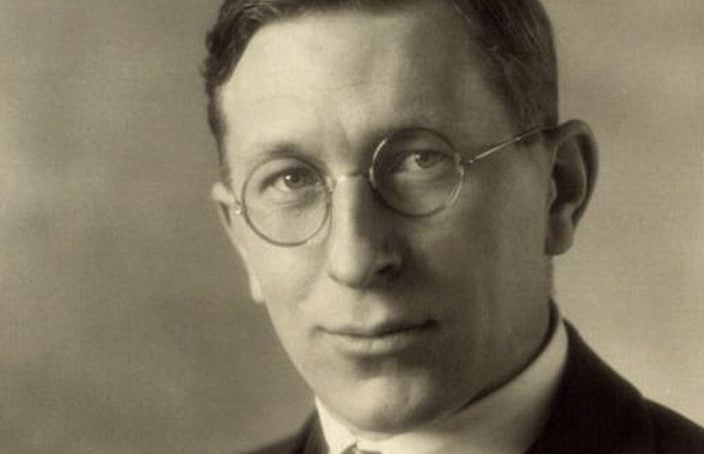