The AHA’s recent hotly debated presidential advisory statement on dietary fats in the journal Circulation is the beating of a worn-out drum about the unsubstantiated harms of saturated fat.

Why would the AHA continue to preach a fat-restricted, higher carbohydrate diet that’s at the core of metabolic disorders affecting our health and overwhelming health services?

Nutrition is a lot like religion and politics: everyone involved is fairly opiniated. The AHA, which is one of the most influential authority informing cardiometabolic dietary guidelines, is no different.

The AHA is clinging to the lipid hypothesis – which held that cholesterol in the diet translates into higher serum cholesterol and heart disease – and draws everything to support and agree with it.

The AHA’s responsibility should be to teach how doubt is not to be feared but welcomed and discussed, and there is a great deal of new evidence that turn a lot of these earlier assumptions upside down.

The report in a nutshell

Overall, the 20-page long statement is implicitly telling us to limit our consumption of saturated fat by eliminating of the diet some staple low-carb foods, such as meat, full-fat dairy and coconut oil.

It introduces some distinctions between different types of dietary fats and their effect on lipids and cardiovascular disease (CVD) outcomes.

The paper is purported to be an “evidence-based reality check” and includes a mix of very old and more recent studies on the effects of saturated fat intake and its replacement by other types of fats or carbs on CVD.

It supports the notion that we need to reduce saturated fatty acids (SFA) down to only 5 or 6 per cent of our total daily calories and/or substitute a big part of it for polyunsaturated fat.

The experts who have weighed in on the report say that replacement of saturated fat with polyunsaturated or unsaturated fat lowered LDL cholesterol, which would lower incidence of atherosclerosis.

The problem is that the theory – that SFA plug up arteries – the document refers to has been way over done. The evidence linking saturated fat to heart disease is weak at best and whatever truth there is to this common belief would likely only manifest in the presence of a high-carb intake.

It cites examples of mediterranean and blue zones countries who have lower saturated fat in the diet and have lower incidence of CVD without mentioning that these populations also consume a whole-food diet with fewer carbs.

Yet, they say that it it “necessary to evaluate the effects of low and high sat fat intakes in the context of the replacement macronutrient” and we know that excess carbs in the diet drive hyperinsulinemia and worsen the cardiometabolic profile.

The report reinforces flawed assumptions about the associational not causal relationship between lower saturated fat, serum cholesterol and atherosclerotic plaque in CVD, when we know that the mechanisms leading to atherosclerosis are far more complex than that.

It also emphasises the idea that a low-saturated fat diet is superior to a standard low-carb, high-all fat diet for improving lipid markers even though there is evidence that the latter is very effective at reducing triglycerides and upping protective HDL cholesterol.

Coconut oil “as unhealthy as beef fat and butter”

The primary point of contention with this AHA statement is an aberrant standalone paragraph about the alleged harms of coconut oil.

“Because coconut oil increases LDL cholesterol, a cause of CVD, and has no known offsetting favourable effects, we advise against the use of coconut oil.”

Needless to say, this line prompted a public outcry within the low-carb/keto community, mainly because the AHA advises to swap coconut oil, along with butter, lard, beef tallow and olive oil, for vegetable oils such as soy bean oil, canola oil, safflower oil and corn oil.

These are notoriously highly processed through repeated heating processes and come into contact with toxic solvents that degrade them. They also contain dangerously high levels of trans fats, which the AHA only mentioned in passing.

This is dietary heresy – why aren’t we told to pick good fat sources that are as close to their natural state as possible, such as avocado, nuts, oily fish, non-processed meat, olive oil or full-fat dairy?

Many prominent low-carb advocates, including Gary Taubes, stood up against the fictitious statement. Taubes, who posted a response in Cardiobrief, didn’t hold back.

He argued that “the investigators whom the American Heart Association chooses to determine what we should or should not eat have never been believers in the scientific methodology” or familiar with the harmful prejudice of cognitive bias.

Their ‘pseudoscientific methodology’, Taubes says, consists in accentuating the positive while eliminating the negative. In short, it’s cherry picking and not how a scientist works to establish reliable knowledge.

Selective interpretation of evidence is rampant in research around diet, obesity and disease and perpetrates failed hypotheses.

The experts, led by Harvard’s Frank Sacks, who authored this latest statement have used the same techniques to come to those conclusions as they have in a similar report back in 2013.

The 2013 report claimed that the strongest possible evidence existed to restrict the saturated fat (SFA) in our diet and replace it with polyunsaturates (PUFAs). But multiple other meta-analyses, co-authored by independent researchers at the time had found the evidence to be weak or lacking.

In the current document, the AHA concluded that only four clinical trials have ever been done with sufficiently reliable methodology to assess the value of SFAs. What is likely to have happened is that the authors systematically picked through other seemingly valid studies and rejected those that didn’t find a large enough positive effect of reducing SFAs.

Another problem with the selection of the trials has to do with when the research was conducted. Of the four studies that support the 30 percent reduction in CVD risk from reducing saturated fat, all date to the 1960s. One of them, the Oslo trial was said to be typical for the era, which means very primitive by today’s standards.

The way some of these trials were designed leaves a little to be desired too. Some quoted studies were almost entirely uncontrolled with one group getting a healthy diet and counseling for years and a control group who got nothing.

Another factor influencing the validity of the studies’ outcome is the fact that sugar consumption is sometimes lowered, even though the only variable that’s supposed to be different is the saturated fat to polyunsaturated fat ratio.

The AHA also only focused on coronary heart disease and didn’t address whether those “benefits” of changing diet and start consuming vegetable oils counterbalanced the negatives or influenced mortality risks.

What’s more, the AHA experts themselves inadvertently questioned the statistical power or significance of the study size of nutrition trials they’d selected. If “20,000 to 30,000 participants to achieve satisfactory statistical power” is what it takes to rigorously test an hypothesis, then why are they discussing these other trials with much, much smaller sample sizes?

What the AHA has done is saying that their assessment of the data leads to a compelling hypothesis that replacing SFA with PUFA should reduce heart disease by 30 percent. But that’s all it is, a hypothesis that has yet to be rigorously tested.

The state of our current nutritional environment, with food policies based on just about everything but rigorous, experimental science, does not make much ethical sense.

This AHA statement does not set the conflicting record straight, it is no more than a prefabricated set of interpretations. Therefore, the input from the AHA is not worth much and probably doesn’t justify any such dietary restriction. 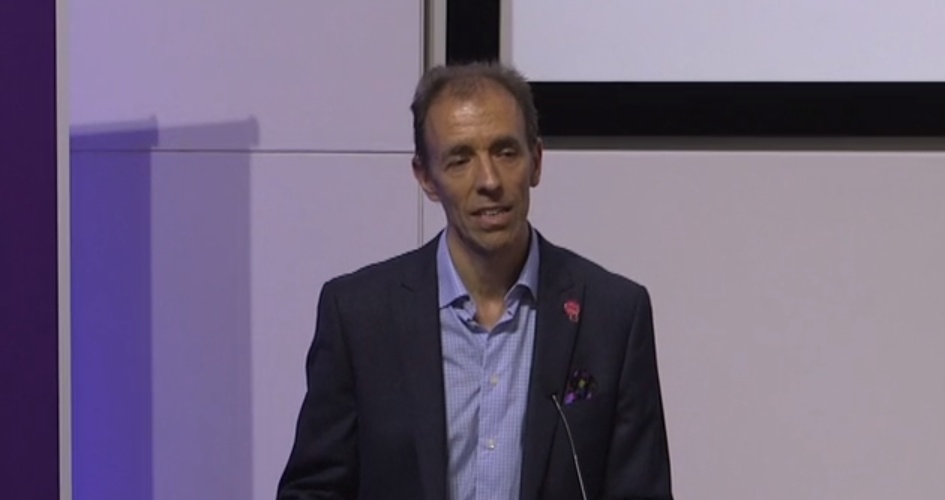 Chewing the fat: a review of Diabetes UK’s 2018 nutrition guidelines