The bones of mechanical monsters encroach along the island’s shores. They are the skeletons of a once-great mining infrastructure, a towering symbol of modernisation and giddying, uninhibited affluence.

This is Nauru. It was once the second richest nation in the world by GDP per capita. But, thanks largely to colonial aggressio, Nauru’s economy has collapsed; along with the health of its people.

Nauru has the highest rates of type 2 diabetes in the world, with 40 per cent of its inhabitants affected by the condition. 71 per cent of the population is obese. 97 per cent of the men are overweight, a figure which is only marginally smaller for women.

The story of Nauru’s ailing health is a parable in miniature; an illumination of the social and economic impact a type 2 diabetes epidemic can have. It could be applied to most of the developed world.

A brief history of Nauru

Nauru was first discovered by Europeans in 1798, when the British whaling ship

stumbled upon it. Prior to this, Nauru society had been organised around the collective decision making of 12 clans or tribes. John Fear, captain of

Hunter
, liked Nauru and its people, so he named it Pleasant Island.

Over the next few decades, Nauru regularly encountered the imperial enterprises of Western nations. Beginning around 1830, European whaling ships would trade with Nauru, offering the island’s inhabitants guns and alcohol in exchange for food.

The influence of guns and alcohol nearly destroyed the island, triggering a vicious 10-year civil war in 1878 that almost halved Nauru’s population. When peace had finally been restored, alcohol was banned and many guns confiscated.

Nauru remained relatively peaceful until 1886, when the island was handed over to Germany by the British Empire. The German forces arrived two years later. They rounded up the chiefs of each tribe and placed them under house arrest until the following morning, then confiscated all of the island’s weapons. The German flag was raised, and the island renamed, marking the start of a 30-year rule over Nauru for the German Empire.

1900 saw a discovery that would shape Nauru for the next century: the presence of phosphate, a mineral widely-used at the time for fertilisation. With the discovery Nauru became a nation of great interest to the big colonial powers of the time. They saw an opportunity.

The story of Nauru’s ailing health is a parable in miniature; an illumination of the social and economic impact a type 2 diabetes epidemic can have. It could be applied to most of the developed world.

By 1906, the Pacific Phosphate Company had struck a deal with Germany that allowed them full use of the island’s phosphate reserves, a practice that probably would have continued until the island’s resources were exhausted. But then came the First World War.

During the Great War, Australia took over the island, and control of Nauru returned to the British Empire. Along with Australia and New Zealand, they created the Nauru Island Agreement, which gave them access to Nauru’s phosphate reserves.

Nauru was badly damaged during the Second World War. Ships were sunk, and phosphate mining areas were shelled, halting the shipments of phosphate to Australia and New Zealand. In 1942, control of Nauru was wrested by Japan. The Japanese troops treated the islanders poorly, sending off as many as 1,200 Nauruans to labour on the Chuuk Islands. Japanese occupation lasted until 1945, when Nauru was surrendered to Australia.

Nauru was made independent on 31 January 1968, making it the world’s smallest republic. Hammer DeRoburt was the founding president, and in 1967 he purchased the assets of the British Phosphate Commissioners, and passed control to the locally owned Nauru Phosphate Corporation in 1970. Through the money made from selling off phosphate, Nauru became the second richest country in the world per capita, and had among the highest standards of living in the Third World.

Nauru prospered during this period. The government even set up an airline, for a country with a population of around 10,000 (in comparison, the University of Oxford has about 22,000 students). At one point, Air Nauru owned seven planes, and could potentially carry 10 per cent of Nauru’s entire population. Unsurprisingly, Air Nauru didn’t turn out be profitable. Neither did any of Nauru’s other investments.

Not a lot of thought was given to Nauru’s long-term economic future. People quit their jobs and bought cars, preferring to bask in the prosperity of the moment. According to one resident: “Hardly anyone thought of investing the money. Dollar notes were even used as toilet paper. It was like every day was party day.” Nauru’s phosphate industry was booming, and its residents had more money than they knew what to do with.

But the phosphate reserves were finite, and towards the end of the 20th Century they were running out. By 2006, they were exhausted. Nauru was left as an environmental wasteland, with no consistent source of income.

“I wish we’d never discovered that phosphate,” said Rev. James Aingimea at the time. The minister of the Nauru Congregational Church, he remembered Nauru’s stunning natural beauty. He recounted it to the

“When I was a boy, it was so beautiful. There were trees. It was green everywhere, and we could eat fresh coconuts and breadfruit. Now I see what has happened here, and I want to cry.”

The temptation for many commentators is to blame the excessively lavish lifestyles funded by the good years, but that would be to ignore the bigger picture. For nearly a century, foreign strip-mining companies had harvested Nauru’s resources during the years of colonial dominance.

“When I was a boy, it was so beautiful. There were trees. It was green everywhere, and we could eat fresh coconuts and breadfruit. Now I see what has happened here, and I want to cry.”

Nauru appealed to the International Court of Justice to compensate for the damage from almost a century of phosphate strip-mining by foreign companies. They were successful, in part: Australia offered to pay $2.6 million annually for 20 years; and New Zealand and the UK made of one-off payments of $12 million each. But the money wasn’t enough, and by the new millennium, Nauru was bankrupt.

The island remains beset by financial difficulties. There is no money to pay the salaries of civil servants, or to fund the welfare state they established when they had all the money. There is no tax in Nauru, making the acquisition of public funds difficult without any kind of reliable export.

One of the biggest problems facing Nauru these days in healthcare. The island is incredibly overweight, with more than 70 per cent of the population categorised as obese. 97 per cent of men and 93 per cent of women need to lose weight.

Unsurprisingly, then, Nauru has the highest rates of type 2 diabetes in the world, with more than 40 per cent of the population affected. That’s not far off every other person. With the huge rates of diabetes comes out-of-control incidences of heart disease and kidney disease.

“On my first visit to Nauru in the early 1990s, diabetes was rampant and there weren’t many facilities to cope,” says Dr. Ruth Colagiuri, an associate professor at the University of Sydney who helped coordinate Nauru’s healthcare programmes.

“A large number of the people with diabetes were suffering from amputations and blindness.”

So how did Nauru get in such a state, medically? Before gaining independence and control of the phosphate, the Nauruan diet consisted mainly of fish, fruits, coconuts, and root vegetables. Its citizens were far more vigorous. But since 1968, the average Nauruan has become a lot richer. So rich, in fact, that few people needed to work – and therefore took part in less exercise. The colonial trade links Nauru had established led to the import of the “Western” diet, so the average Nauruan began to eat far more processed foods.

The sudden changes to Nauruan diets were largely inspired by necessity. Years of phosphate mining – largely by foreign companies with colonial aspirations – has destroyed a lot of the land. It’s not even habitable for humans, let alone capable of growing food. The only option then, particularly for a country that has faced drastic economic collapse, is to import cheap processed food from trade allies like Australia and New Zealand.

“I have seen so many funerals for such a small island,” says Eva, a diabetes care manager at a public health centre. “So many people are dying at an early age because of diabetes.

The perception of obesity doesn’t help. Nauruans see obesity as a sign of wealth, an indication that you don’t need to work physically to get by. In a society that, until fairly recently, relied heavily on the physical labour of its inhabitants, a sedentary lifestyle is something admirable, something to which one should aspire.

Years of phosphate mining – largely by foreign companies with colonial aspirations – has destroyed a lot of the land. It’s not even habitable for humans, let alone capable of growing food.

Thankfully, the disastrous health consequences have not been entirely ignored. Eventually, the World Diabetes Foundation offered to finance the establishment of a healthcare programme in Nauru. Dr. Colagiuri was one of several doctors tasked with setting up a framework through which  Nauru could improve the health of its citizens.

“We asked, ‘what were the recommended standards of diabetes care internationally, and how could Nauru progress towards them, recognising that there were resource constraints? Could Nauru meet the same standards as Australia, the US or the UK, or if a certain level of care couldn’t be achieved, what would be the next best thing?’

“We had to change the way the health system worked. This meant changing policy to demonstrate to the government that if people got better care it would reduce costs. The better controlled diabetes is, the less likely the people were to have complications. And so we saw hospital admissions fall by a huge amount.”

Bettering Nauru’s healthcare isn’t comparable to in the US or the UK; the difference in resources is too great. So the real challenge was developing something that could be implemented without spending too much money.

“It had to be within their resources, because money wasn’t going to fall from the sky. Ultimately funding has to come from their own budgets and the government was convinced it had to make these things a priority, because of the impact on their productivity.”

Nauruans see obesity as a sign of wealth, an indication that you don’t need to work physically to get by. In a society that, until fairly recently, relied heavily on the physical labour of its inhabitants, a sedentary lifestyle is something admirable, something to which one should aspire.

It wouldn’t be right to see Nauru as a “lesson” to other countries, a cautionary tale of over-indulgence and unsustainable extravagance. Unlike more developed countries with an obesity issue, many of Nauru’s problems stem from aggressive colonial expansion stripping away its livelihood.

What Nauru does illustrate is the “slippery slope” of type 2 diabetes: that, as diabetes rates go up and up, so do the costs; and the more you’re spending on healthcare, the less there is to spend on prevention. Nauru’s story shows us that type 2 diabetes – at least, those examples of it caused by unhealthy diet and a lack of exercise – is a wide-ranging social problem, the cumulative legacy of Nauru’s downfall.

Dr Ian Lake: The type 1 diabetes elephant in the room

Could British diabetes rates plateau by 2020 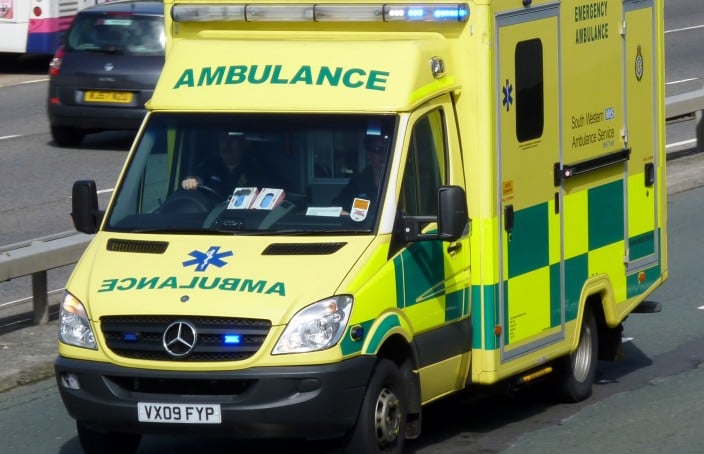