Individuals with rheumatoid arthritis can reduce their fatigue levels by being active and having regular chats with other people, latest research has identified.

In addition, exercise and talking therapy is beneficial for people diagnosed with lupus and axial spondylitis, the study has reported.

In the UK, roughly 800,000 individuals have an inflammatory disorder, with four in five of them experiencing high levels of fatigue every day.

During the study, academics from the universities of Aberdeen and Glasgow analysed how 368 people with inflammatory rheumatoid conditions could reduce their levels of fatigue.

The participants either followed a phone-based exercise programme, memory therapy or their usual care plan over a 30-week period.

The team of scientists discovered that the participants in the talking therapy and physical activity groups felt less fatigued than those following their usual care plan.

According to the findings, the fatigue levels of those in the memory therapy and exercise groups remained low for up to six months after the study ended.

Additionally, those who reduced their fatigue levels saw benefits to their sleeping patterns, mental health and overall quality of life.

Wendy Booth, 57, had to give up her job after she was diagnosed with lupus and Sjogren’s syndrome.

She said: “The fatigue really affects what you can do. If I do some work in the garden one day, I know I’ll pay for it the next.”

The 57-year-old took part in the study and followed the exercise programme. She explained: “The physio called me about once a fortnight, and it really encouraged me. I feel like the study helped give me purpose. I joined a gym and I have a good instructor who understands my abilities and gives me modified exercises so I can carry on in the same class along with everyone else.

“Mentally, I feel stronger and physically – my motto is I want to keep what I’ve got, rather than deteriorate.”

Senior author, Professor Neil Basu said: “Our study provides new evidence that some non-pharmacological interventions can be successfully and effectively delivered by non-specialist members of the clinical service.

“It has been encouraging to see that the interventions have led to improvements for participants, even six months after the end of the treatment.”

Fellow researcher, Dr Neha Issar-Brown concluded: “Fatigue and chronic pain go hand in hand. But fatigue tends not to respond to medicines for these conditions, and often goes unrecognised by clinicians.”

The study has been published in the journal Lancet Rheumatology.

Badly written prescription could put people with diabetes at risk 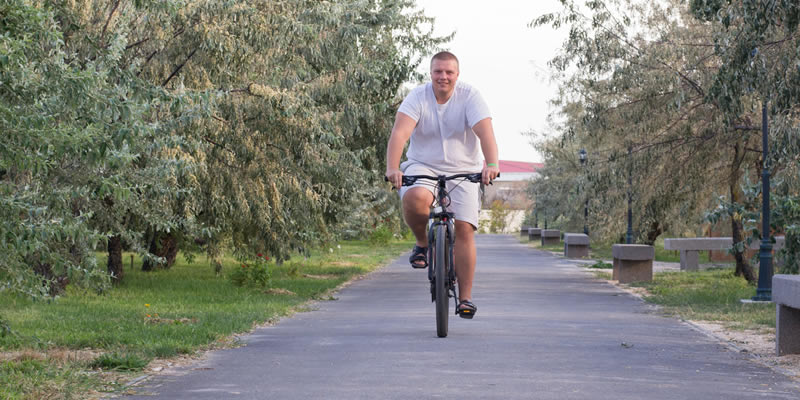 Overweight teenagers at greater risk of stroke in middle age